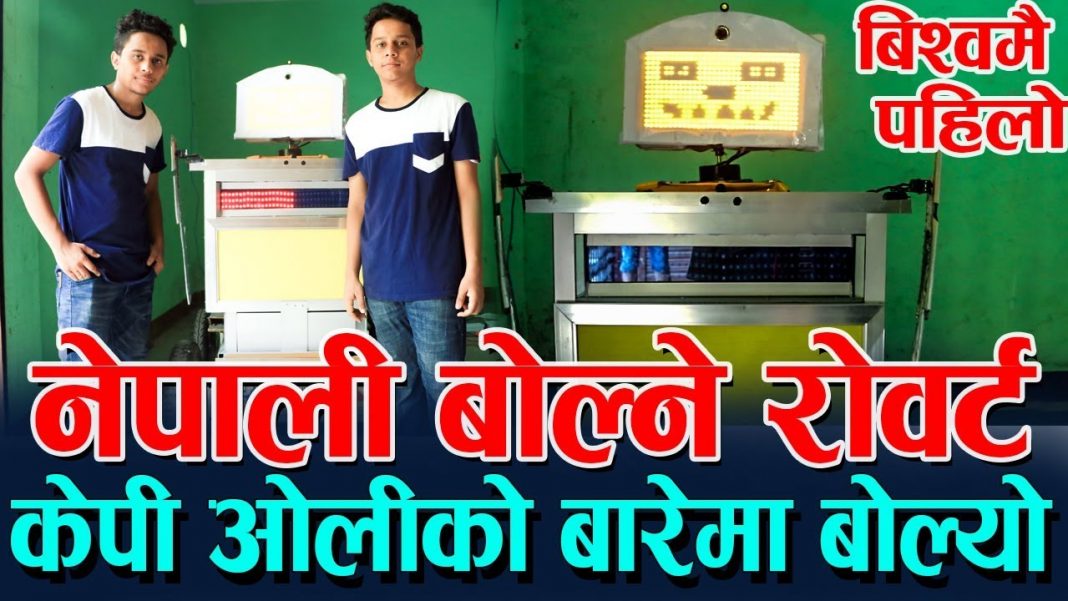 In Butwal, twin brothers who have just passed SEE have built a robot capable of reading books, speaking in Nepali, hand and head movement and many more.

Twins brother named ‘Lov’ and ‘Kush’ has built such robot and claims to be the first robot that can talk in Nepali.

The name of the robot is a ‘Lov Kush Robot.’ Lov Kush Robot takes the instruction and completes the task if it is capable.

As twins brother claims, Lov kush robot can take the photo and upload it to the twitter.

If you found this article to be interesting, please share it within your circle.